Nutana Cafe is located right on Broadway Avenue, it is most commonly known as "Norm's". It was recommended to me by a lot of people. There are some things I have heard through Urbanspoon and my peers, some hilarious and some not so funny. Firstly, they told me to never ever ask for a menu. I disregarded that and asked for a menu anyways. The menu was quite small. Secondly, I have heard it is normal to just order the special on the white board. That I also did not do. My dad and I ordered pork salad rolls and two Doug's Specials.

The salad rolls were good, possibly the largest ones I have ever eaten. They were not cold rolls because they were warm and fresh when we received them. The sauce had a nice taste as well, but was too thin. No spoons were provided so it made them quite difficult to eat.

The spring rolls on the vermicelli were very good. I usually buy them annually at the Fringe. The vermicelli itself had satay chicken and pork, which was not what I read on the menu but I do recall it being the special (I was a bit skeptical). I usually don't like the satay because it takes the taste away from the fish sauce and does not have as nice as a texture as the lettuce and bean sprouts. It reminded me a lot of Hao's Garden to be honest. This is funny because after I heard that the two owners are brothers. 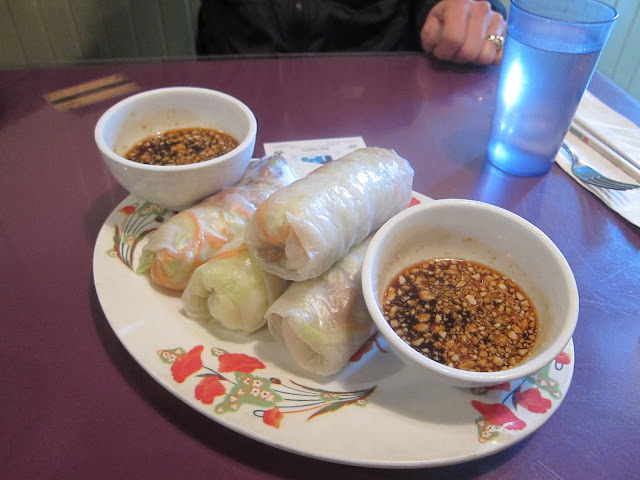 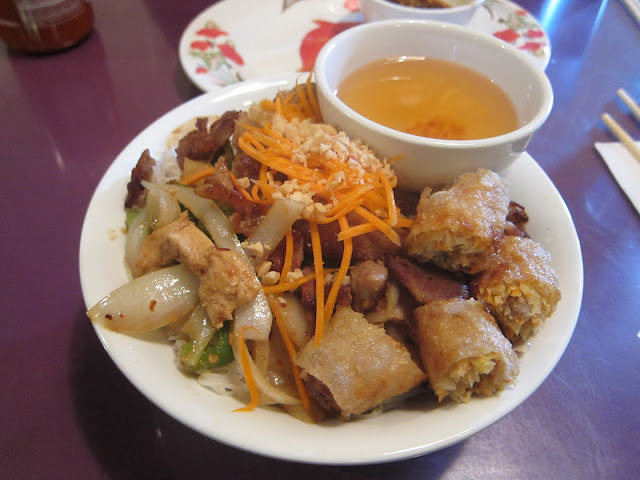 With all of the praise that this restaurant was given by everyone I knew, it did not reach the standards in my mind. It was still alright, but does not quite compete with some of the Vietnamese restaurants I have written about. Everyone has their own opinion, I have mine and you will have yours. That being said, try Nutana cafe out and let me know what you think of it.