This week I went out for lunch with my dad to Hao's Garden. I haven't been to this restaurant since it was at its old location on 8th St. where the Asian Garden now resides. It is now on Broadway by the Shopper's and Cheesetoast Restaurant. I believe owners have changed from the past. The new building has not been renovated inside in a long time I assume, having mint green walls and no music. Remember how I said I was looking for the best vermicelli in the city? I possibly have found one of the worst. It wasn't because the meal was terrible but instead because the whole experience itself was.

I ordered a satay beef vermicelli bowl and an order of chicken salad rolls. The salad rolls were alright, but it came with a very runny, tasteless sauce that did not remind me of neither peanut sauce nor hoisin sauce. The vermicelli was presented nicely but the fish sauce wasn't right. It wasn't clear and I wasn't able to taste it. The restaurant also did not use a Sriracha sauce but instead a Loblaw's garlic chili paste bottle that didn't squirt properly. To me, Sriracha perfectly compliments any vermicelli dish.

The thing that really burned me about this restaurant was the service. An awkward man seats you and asks for your menu decision. But after, he never says a word to you. When he comes re-fill your water and you say thank you, he never replied. I witnessed him doing this to three other sets of customers as well. Finally when I was at the till to pay it was another awkward situation where he never said a word. So I will reply with my experience by never returning. I have never spoken poorly about a restaurant publicly. I am not condoning you from trying this place, but I wouldn't recommend it. 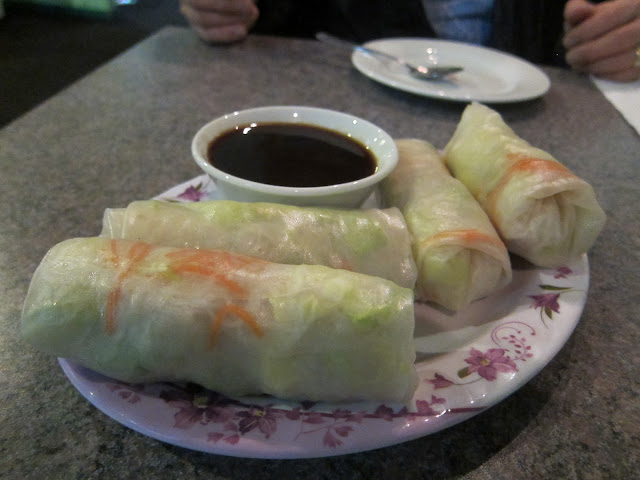 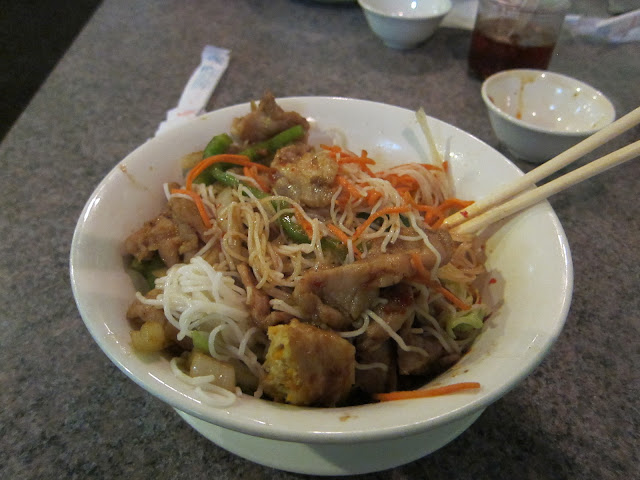