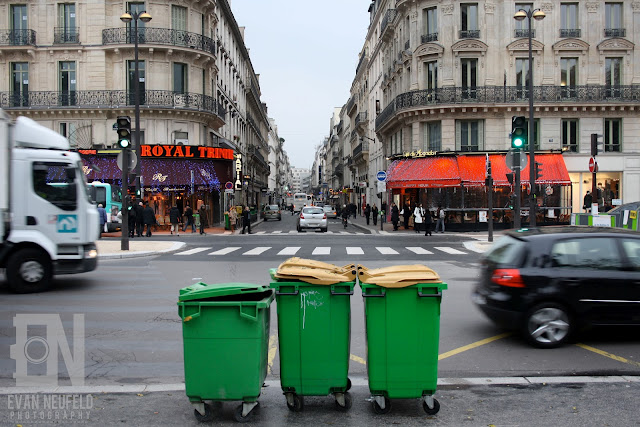 Ok I will start this first Photo Friday post by saying that I nearly called it Photo Phriday... After two seconds of looking at it, I decided not to be lame.

Anyways, this is one of my favourite photos I've ever taken and it nearly didn't happen!  I was traveling through Europe in 2010 and ended up in Paris.  The first few days involved walking around and taking pictures of buildings mostly (because the architecture of European countries is slightly more attractive than the steel boxes we have in Saskatoon).  The reason for stopping at this spot was this cathedral: 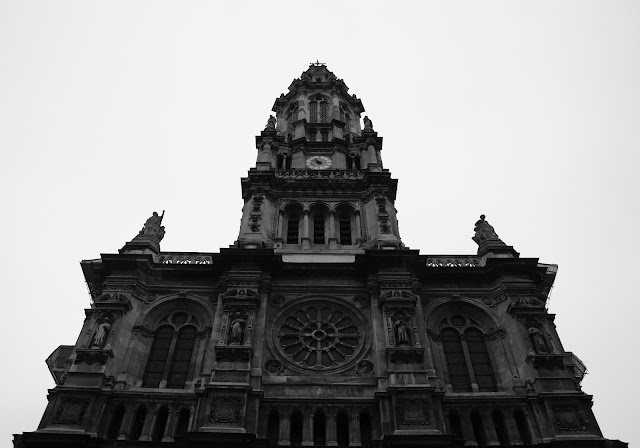 A pretty amazing building I would say.  But after shooting this photo I turned around and there were three bright green garbage cans just sitting in perfect symmetry in an intersection. I didn't have to work too hard for it but the colours, symmetry and motion were too good to pass by and that makes it one of my favourites.  Sometimes the best stuff comes completely naturally and at random.  Grab a camera and take photos of whatever you see.  You might be surprised at what you end up with!