Location
There are two locations. I went to 706A Central Avenue (beside Wing World) but there is also one at #2-2102 22nd Street West.

Environment
I went Monday night when there was an unexpected flurry so it was not busy. It was much tidier than it has been in the past. It is simple place, booths along the wall and a television that plays the news.

Menu
You can order donairs, shawarma, lamb, falafel and hummus. The west side location also serves pizza and wings.

Food
I ordered a large beef donair. It's like a sandwich joint where you have choice of which toppings and sauces you would like to have. The vegetables were fresh but the meat was a bit dry. I would imagine it would be much better at lunch when they have a rush are are consistently cooking and cutting more beef and lamb. It was still satisfying, filling and very messy. It's one of those meals where you don't even need a side dish. 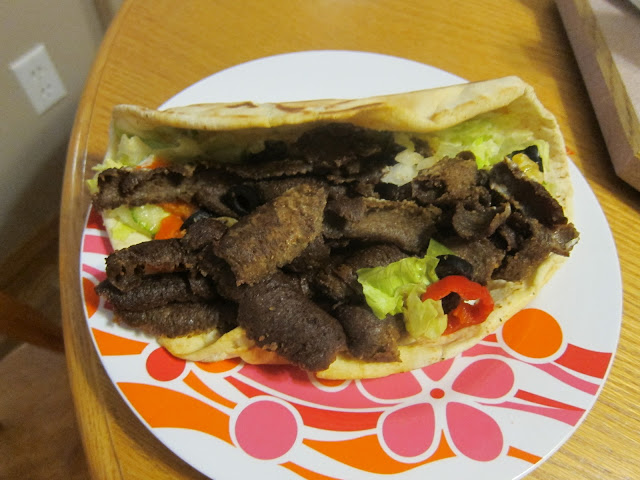 Conclusion
I am not sure about other places in the city, but I do know that prices here are a bit high in comparison to places like Calgary and Edmonton. It's a short drive from where I live and I believe they are open late so it is convenient.  Next time you feel like fast food and are going to grab a burger or pizza, stop yourself and at least consider a donair.