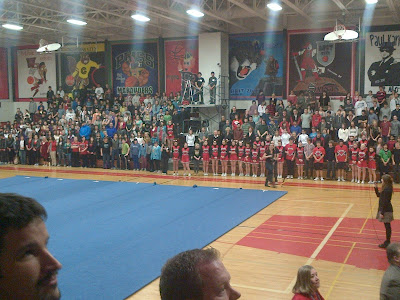 Friday night at BRIT means the stands are a little more packed and the games become just that much more intense!

The BRITmas festivities started off with a breakfast for players and coaches, which I was honored to be a part of. Followed by a pep rally featuring team introduction, pom/cheer performances, and a dunk competition. Emmanuel Joshua from Notre Dame, AB came out on top with a 360 dunk in the finals! The picture above is a shot I took during the pep rally (phone camera quality, sorry).

The games today saw Australia's Scot College top tournament-favorites Pitt Meadows, 51-47. I don't see who can stop the boys from Down Under now that Pitt Meadows isn't in contention. Maybe the other BC team, St. George can give them a run for their money! The final game was another packed house with Holy Cross going up against Notre Dame from Alberta. The game was intense as fans of their respective side were going at each other all game! Notre Dame came out on top, 49-44!

One of the best things about BRIT has got to be this mystery man here: 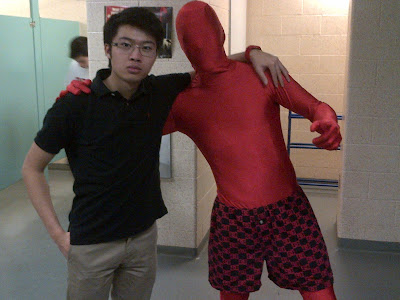 'Red' Man puts on a show every night, putting on different costumes and using a variety of props to entertain the crowd during time outs. The acts he puts on are always unique and never seem to get old. The suggestive dancing with the refs and random people in the crowd always get me!

Having the privilege of coaching the home team Bedford Road Redmen this year is an absolute honor. It also comes with some perks, a fridge full of soda pops, only for coaches and volunteers! 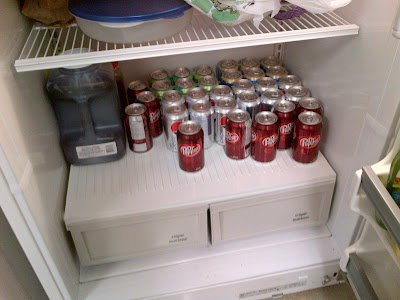 Shout out to my Bedford boys who played a scrappy game against Walter Murray today. We came up short, but it was a good effort. Coming up short also means we get to play the classic Red-Eye-Opener at 8:00am tomorrow morning. With that, I say sweet dreams and goodnight!