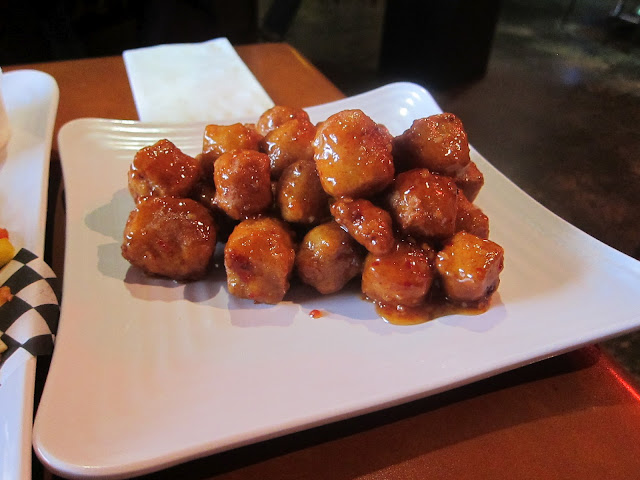 Location
Foxy's can be found on Central Avenue beside the Subway.

Environment
It wasn't too busy considering we went for a late lunch. We ate in the restaurant side rather than the lounge. There doesn't seem to be too much seating in this area though. There are also a few televisions playing sports events. The server we had was quite kind and helpful as well.

Menu
The menu had quite the selection of appetizers, sandwiches and burgers, you know your typical pub food. But the food here was more reasonably priced in comparison to most lounges.

Food
We ordered sweet and spicy Thai boneless ribs and the nachos. Both were quite good, the nachos had a lot of toppings and were accompanied by sour cream and salsa. The ribs were crispy and had a thick batter, they were almost hard to stab with a fork. At first I was worried that they wouldn't be that fresh but the meat was nice and tender. They were not that spicy but had a good flavour. 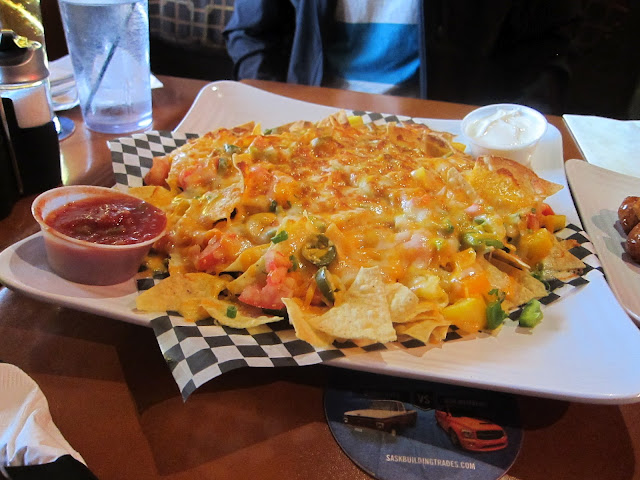 Conclusion
The prices are affordable, they always have drink specials and the staff are nice. It's a good place to swing by for lunch or appetizers in the evening. Lately I have been hearing good things about it and that's what made me stop by. If you like places like Joe's Sports Bar or Fox & Hounds, I recommend this place to you.