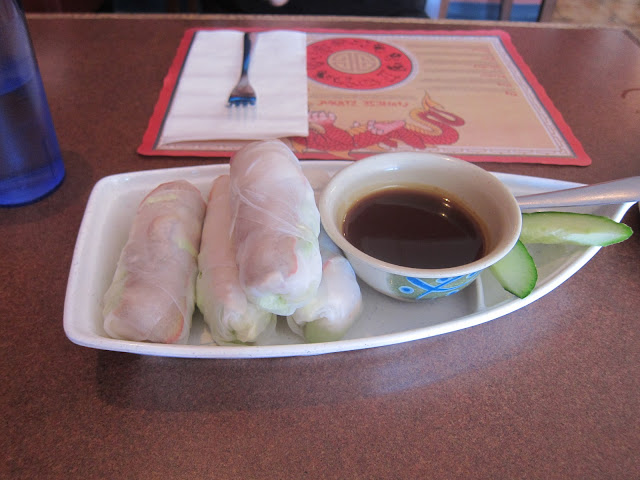 Location
Asian House is located by Willowgrove by the Boston Pizza.

Environment
I went at an awkward time of three o'clock so it was not busy at all. It was nice though, we received a lot of attention and the service was good. The restaurant looks small when standing from the outside, but seats a fair bit of people.

Menu
The menu is four pages long consisting of beverages, appetizers, pho, bun/vermicelli and Chinese dishes. Some sections don't have much selection such as the bun and prices are higher than most Vietnamese restaurants across the city.

Food
We ordered pork cold rolls and a vermicelli with spring rolls and pork. The cold rolls were good, they remained firm and the sauce was thin but tasty. Something different about their pork cold rolls is that instead of using a charbroiled park they use a BBQ pork.

The portion of the vermicelli was quite large and they care about the presentation of the meal. It had sliced charbroiled pork, carrots, lettuce and two spring rolls. I don't recall it containing any bean sprouts. The two complaints I had were the crispiness and taste of the spring rolls and the tasteless fish sauce. I had to use a lot of Sriracha and chili to create more flavour, but other than that it was alright. 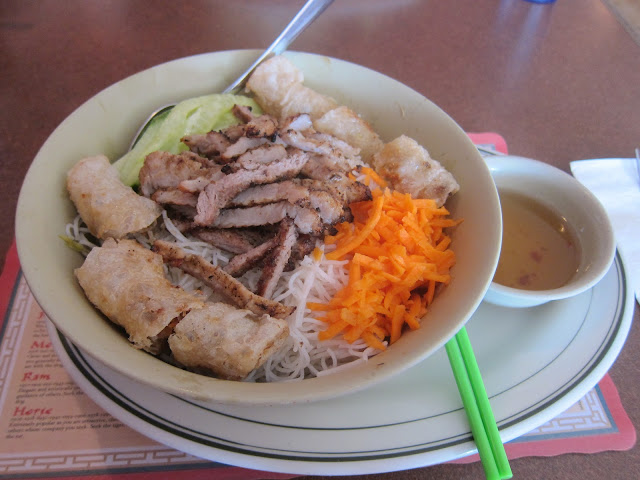