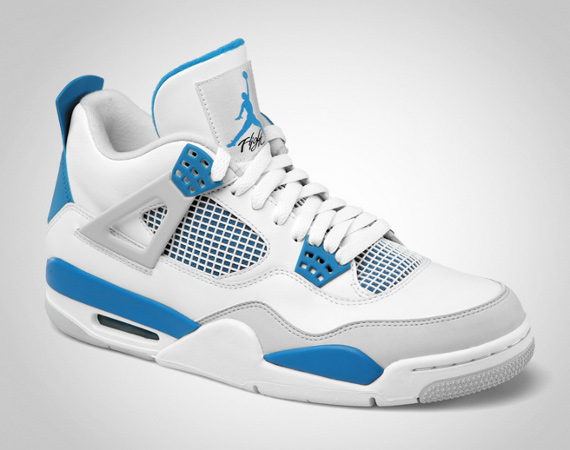 The Jordan IV is one of my favourite models to this day (along with the V and VIII), I am excited to say that this one will release June 9, 2012. The first Military Blue Jordan was made in 1999, followed by a re-release in 2006. I owned a pair of Countdown's at one point of time and can hopefully grab a pair of these too. The Cement's caused a lot of hype, lets see if these do too!

You should be able to grab these at stores such as Footlocker and Momentum.