Today after a work function, I was terribly hungry and asked JJ to go out for supper. He recommended Saskatoon Asian Garden, and I haven't been there in years so it sounded like a grand idea. They are known for preparing Chinese, Thai and Vietnamese meals. We both went with different vermicelli dishes, he had the BBQ beef and I went with the BBQ pork. One thing that impressed me is that they are one of the only Asian restaurants I know that do not serve peanuts without asking. The other thing that impressed me was the crunch in a spring roll even after being soaked in fish sauce. I like a stronger fish sauce on my noodles, but I was able to add more flavour with the addition of spices and Sriracha (Rooster/Cock sauce).

In conclusion, the meal was affordable, staff was friendly and food was tasty. I am still on the adventure of finding the best vermicelli in the city, so I will continue trying both old and new Vietnamese restaurants. 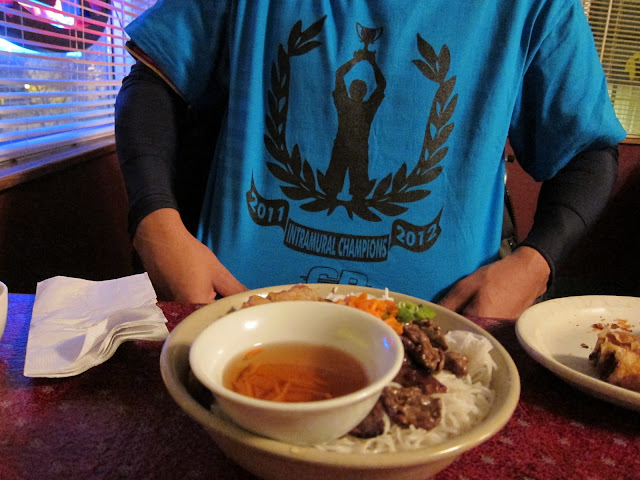 Vermicelli with BBQ Beef (as you can see, we also managed to win the Campus Rec league) 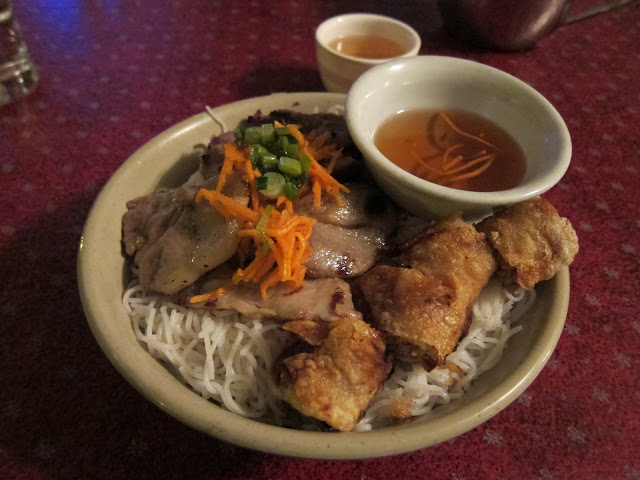