Today, Aashna and I had a difficult time finding a restaurant serving breakfast past noon other than Grainfields and Denny's. She was craving pancakes and right when we were about to give up we discovered that Jerry's had breakfast until three pm on Sundays and holidays.

Lets go on to the food aspect though. I haven't been to Jerry's Food Emporium for approximately a year and a half and I have no idea why. I must say that the renovations look good, it is a bit cluttered but a definite improvement. Every time I tend to order the fish and chips meal for that tartar sauce but this time I was craving a sandwich. So I went with the Buffalo Chicken Crunch on a ciabatta with their homemade caeser salad. It was nice because the chicken wasn't too saucy but it had a bit too much mayo in my opinion. I would order it again but next time with some fries. Check Jerry's out sometime soon, service is great and meals are prepared quickly. 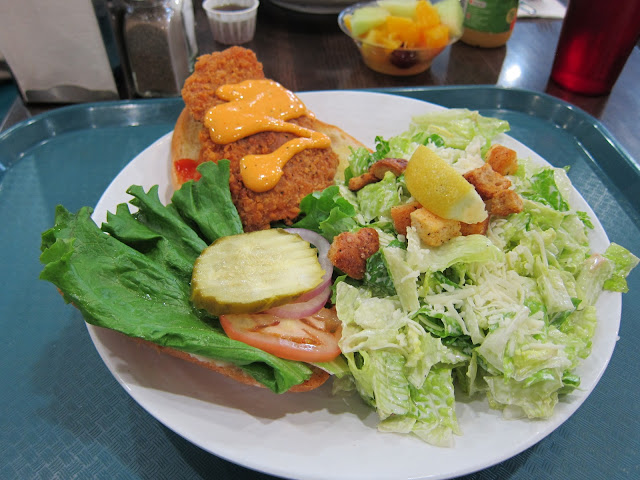 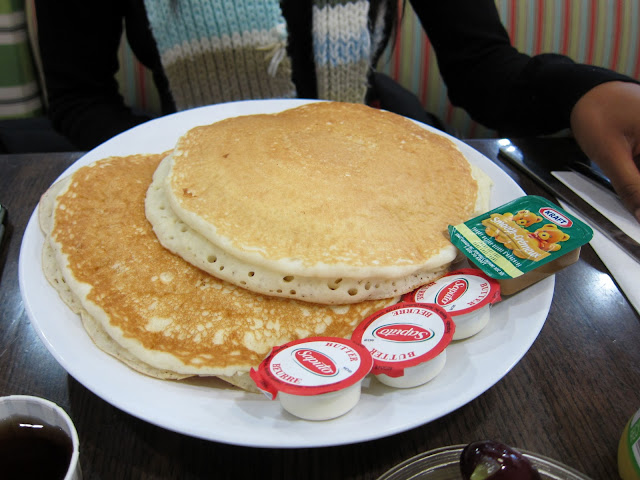 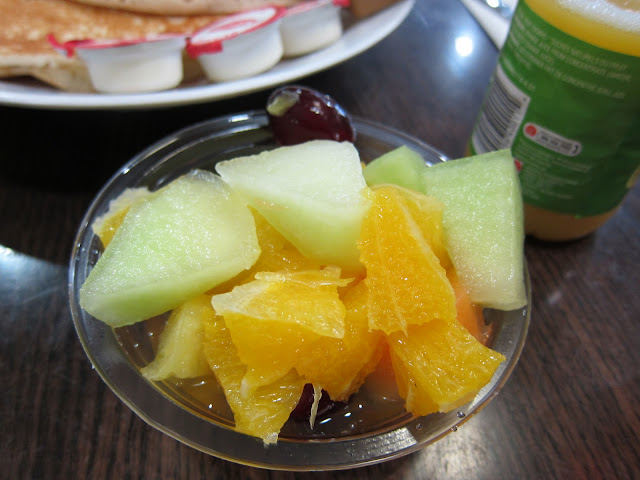