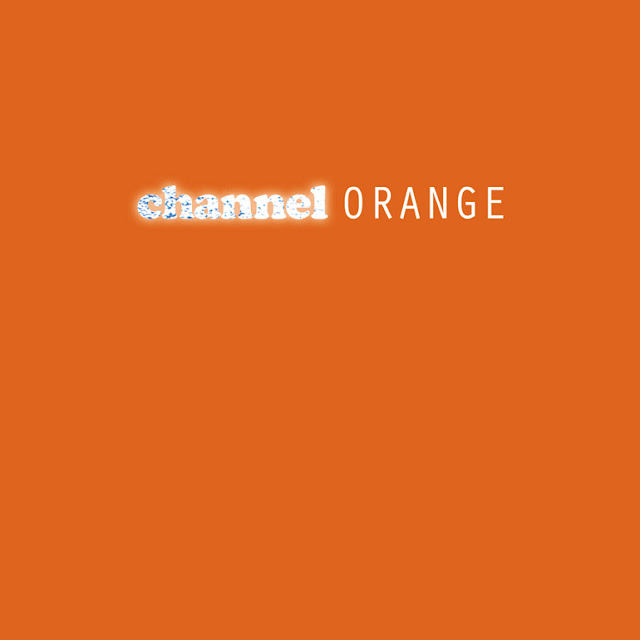 The album is introduced with the extremely familiar Playstation start-up audio followed by the iconic Street Fighter character select which -- if anything -- should immediately let you know what generation Frank Ocean grew up in. The Majin Buu lyric in "Pink Matter" sums it up perfectly: if you were born between 1985 and 1995 -- give or take a few years -- you are part of the same generation. Blame this man for having me spend countless hours searching through Dragon Ball Z videos since the iTunes release last week. Anyway, I gotta say this album is generation defining. Why? It boils down to being in the right place at the right time.

Well in this case, it's more like the right things were said at the right time. Frankly, channel ORANGE is a definitive album because it has been made in a relative manner for the times we live in. It will be remembered for Ocean's coming out and honestly admitting he was in love with another man. Some call it bi-sexual, others call it gay, but the point is that he said it at the ideal time. The President of the United States said he supports same-sex marriage back around May of this year. Jay-Z agreed with him. Those are two huge forces backing a major issue our culture is facing right now. One is the political leader of a country, and the other, a Hip-Hop mogul. Politics and Hip-Hop: two platforms that don't have the greatest history in dealing with same-sex relationships. Frank Ocean has become quite news story leading up to his album debut because of this event; everyone has some type of feeling toward who he is and what he stands for -- positive or negative -- and that is why channel ORANGE will be remembered. That and Majin Buu ( insert smiley face here ).

The album is expertly crafted and paints pictures true to the teenage and young adult lifestyle. Ocean sings with imaginative lyricism, focusing on topics like: love and unrequited love; unprotected sex; drug use; unhappiness; and most importantly, bisexuality/homosexuality. This story-telling articulation is what makes channel ORANGE so interesting. Ocean has a quirky, nerdy, way with his words and descriptions. In "Monks", he sings:

"Pyramids" shifts thousands of years between infidelity during the Egyptian rule of Cleopatra and a stripper/prostitute in Las Vegas. "Forest Gump" refers to -- amongst other things --  that same film it derives its namesake from; "Bad Religion" tells a tale about a confessional to a Muslim taxi cab driver; and Majin Buu is in "Pink Matter" ( shoot candy transformation ray here ).

Sonically, this album isn't a masterpiece but it is incredibly significant in terms of content. With that said, channel ORANGE is a cohesive project and all of the songs flow into one another. It is an incredibly mind-numbing and debatable task when trying to determine which songs are the proper singles and which are not. While nostalgia ULTRA (his first mixtape) may have been Ocean's "cassette player" , channel ORANGE is his "TV-radio" in comparison. The latter is a much more commercially satisfying effort, and while the former isn't literally obsolete, it isn't as coherent.

The only negative thing I have to say about this album is that he brought up this controversy a week or two before his album was released. I find it as a lame PR stunt to sell more units in the long-term. nostalgia Ultra and The Lonny Breaux Collection (a collection of long past Frank Ocean songs) have been out for a bit more than a year now and he never said anything then. He could've waited until after the album dropped and then answered questions in regards to the subject matter. His past songs [most recently his feature on Oldie: "I'm high and I'm bi / wait I mean I'm straight] had references towards men but no one picked it up/took it seriously. What he said is ultimately an immensely great thing, but personally, I just wish he told the world 24 hours after the physical disk was released.