Last night Pretty Flacko performed at the Odeon. The doors opened at 7 pm and he stepped to the stage at around 11 pm after multiple opening acts. The environment was crazy, everyone was down to party and apparently the show had sold out. The amount of energy in the building provided an awesome aura. The Odeon hosted another successful show again with good sound and good security. I was happy with his set, he performed fan favourites like Peso, PMW, Fucking Problems and Goldie but I would have also really liked to hear songs like Suddenly and Big Spender. A$AP Rocky had a really good stage presence. He had good movement, was having physical and verbal interaction with the crowd and even stopped rapping to comment on a fight between two guys. In conclusion, he sounded great and looked great. I hope to see him again one day! 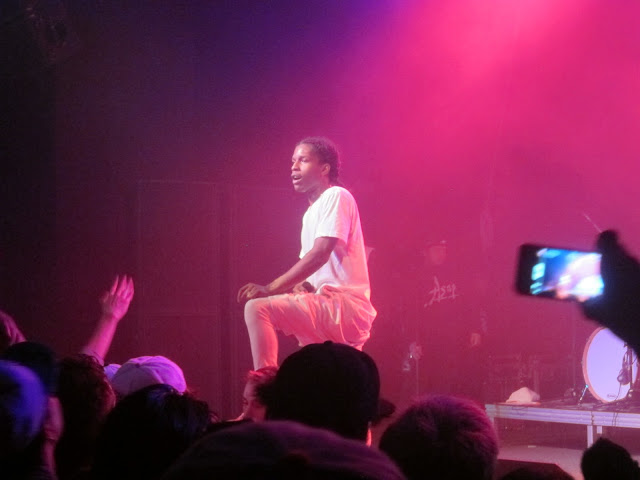