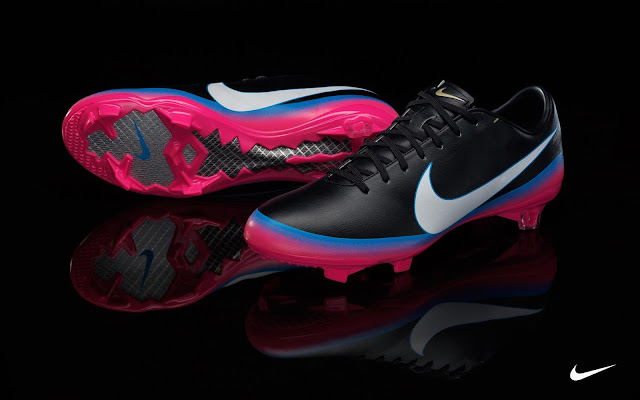 Today is the release for Cristiano Ronaldo's new Mercurial Vapor VIII's (will be on sale December 1, 2012). His new logo was introduced yesterday and we have spotted him wearing these mysterious boots in his training sessions for a while now. The aesthetics of this boot are different than the originals with the big Swoosh but they will still look great on the pitch. Other than that, the materials, stud pattern and fit should be similar. These will probably offer the ACC (All Conditions Control) technology too.

These are ideal for a pacey outside midfielder or striker who plays top level soccer. Although, they will most likely offer lower tiered versions of the CR7 Vapor too. Who's going to be the first in Saskatoon to own them?