Last weekend I moved into a Lakewood townhouse with my brother and unfortunately we're stuck without internet until the 9th, so I've found myself getting my web fix at Moka Coffee Bar as they offer free wifi and just as their slogan says, they are literally "Just Around the Corner". 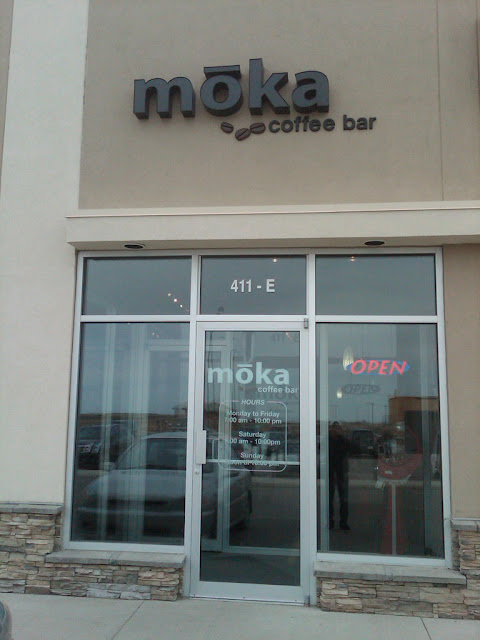 Moka is a fairly new coffee shop that was opened in December 2009 by Lynn Derksen and Vickie Fulawaka and it seems to be getting progressively more popular. I personally was introduced to it fairly recently by my friend Erin Quiring (below) who was hired there in January. 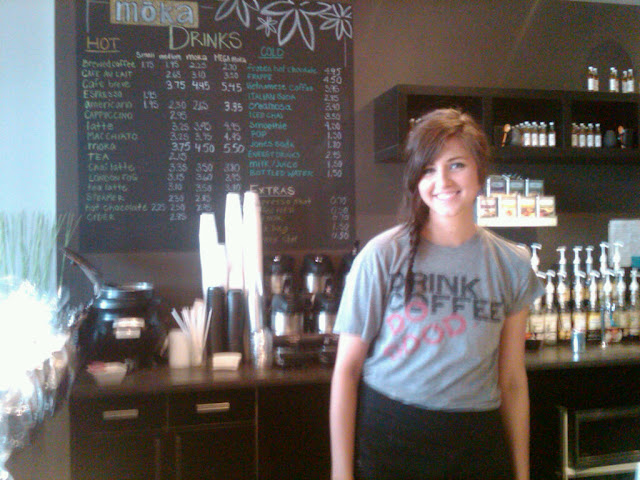 Moka boasts an extensive menu of drinks, pastries, and cakes, as well as several soups and wraps, a menu that is sure to fulfill the desire of any customer to walk in. Their beans are supplied by JJBean and Land of a Thousand Hills, and unlike most shops around the city, their tasty treats are made in-house every day. 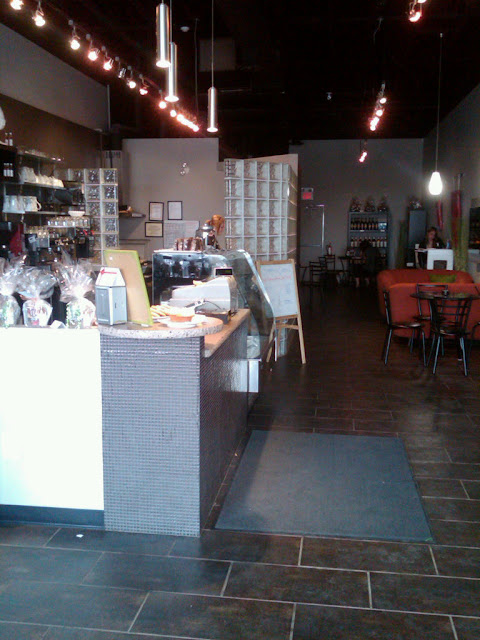 Another aspect of Moka that I love is that they display the work of local artists on their walls. This has been attracting a lot of interest and the display time slots are now booked until Spring 2012. The artist currently on display is Brooke Graham (voted Saskatoon's best traditional media artist of 2010). 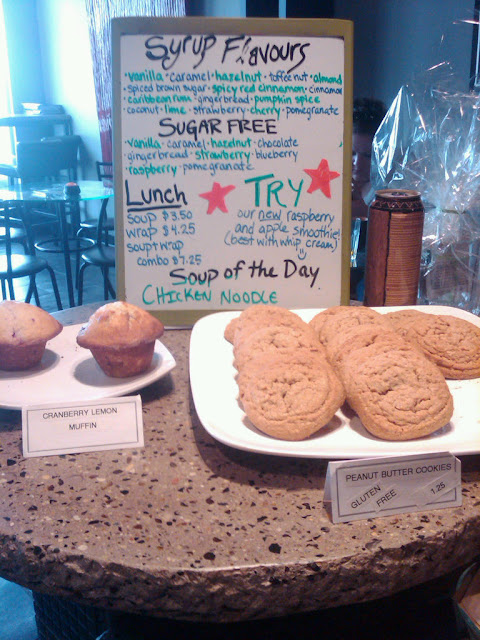 If you're ever in South East Saskatoon, drop by Moka Coffee Bar. The best Americano you've ever had is "Just Around the Corner".