Watch out for the beast from the east! Miami is being really aggresive not only re-signing Dwayne Wade, but acquiring Lebron James and fellow Raptor, Chris Bosh. Each individual on their own is amazing, but put together? We will all have to witness the greatness these players bring to the game when the season begins. Wade a six time NBA All-star, Lebron a two time NBA MVP, and Bosh a five time NBA All-star, are all teaming up, with chemistry already from them all being on team USA, they will be very fun to watch. With this deal happening July 10, the Heat are still looking for more pieces to make their roster, a winning team. July 16, the Heat struck another contract, signing Mike Miller who was a free agent. Adding Mike, the Heat are one step closer to completing their roster. I'm really excited to see what happens next season. 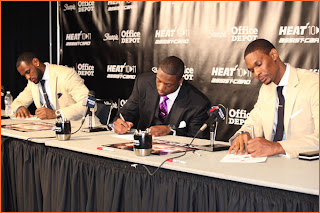 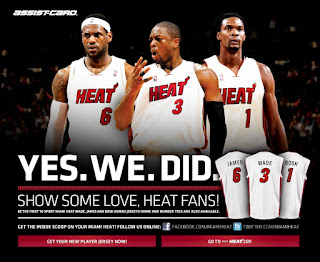